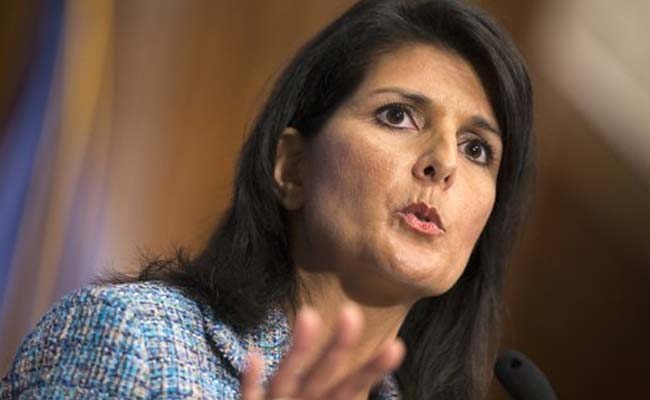 (DIYA TV) — Nikki Haley, the Indian-American governor of South Carolina, has endorsed Florida junior Senator Marco Rubio in his race for the White House in 2016.

“I wanted somebody that was going to go and show my parents that the best decision they ever made for their children was coming to America. We say that every day is a great day in South Carolina. Ladies and gentlemen, if we elect Marco Rubio, every day will be a great day in America,” she added.

Haley, a two-term governor in South Carolina, is regarded as a popular Republican leader from the party’s elite, and considered a legitimate contender for Vice President in the upcoming general election. While her kind words were most certainly welcomed by Rubio’s camp, the likelihood of a Rubio/Haley ticket would be highly unlikely — the two both hail from the same region of the country, and both of their parents are immigrants.

A key factor is Haley’s endorsement for president was a candidate whom she believes will best support and maintain the standards of America’s standing military. She also wants a candidate who will put an end to the federal government involving itself in people’s healthcare, and one who will battle against environmental sanctions.

With “Super Tuesday” right around the corner, Haley said she’s most concerned with seeing a fiscally responsible Republican president moving into Pennsylvania Ave. — ironic, considering the overly broadcasted facts the American public has seen surrounding Rubio’s alleged abuse of a party credit card, and the apparent poor budgeting of his personal finances.

“But I want a president who understands that they have to go back to Washington D.C. and bring a conscience back to our Republicans,” Haley said. “Our Republicans need to remember what we are about, which is about balanced budgets, cutting debt, building reserves and making sure that they understand that this guy, he is all about term limits in DC, and that is what we want to see in a president,”

Kashkari calls for breaking up of big banks