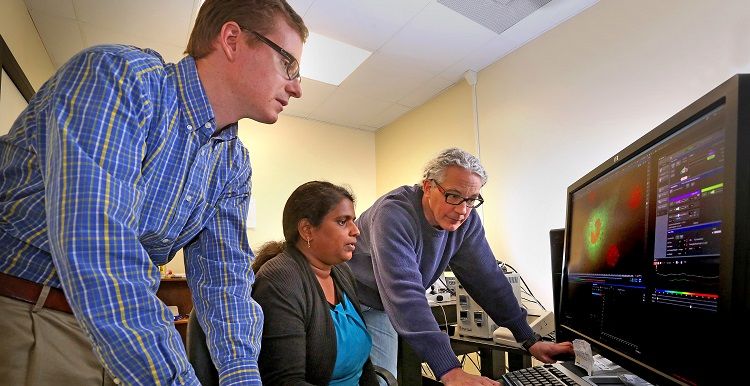 (Diya TV) — Naga S. Annamdevula, a graduate medical student at the University of South Alabama, was awarded with a grant from the American Heart Association. Annamdevula, and her classmate Emily Turner, plan to use the $52,000 grant to further their studies of helping to further support their doctoral research as part of an interdisciplinary biomedical engineering track.

The program benefiting from the grant brings together the university’s college of medicine and engineering, and was launched six years ago in an effort to develop a more “synergistic educational environment,” College of Medicine dean Dr. Samuel J. Strada said in a statement.

“Naga and Emily are both very qualified and promising doctoral students working on highly interdisciplinary biomedical engineering projects,” Dr. Silas Leavesley, who teaches in the program said. “Having both of them receive a highly competitive, nationally recognized extramural fellowship is a testament to the dynamic and interdisciplinary training environment we have been working to establish between the Colleges of Engineering and Medicine.”

Annamdevula, a native of Rajahmundry, India, is conducting the research, which is titled,”Spatial distribution of PDE4 isoforms regulates cAMP compartmentalization and endothelial barrier permeability in PMVECs,” on a two-year grant. In layman’s terms, Annadevula is working towards finding a cure for acute respiratory distress syndrome, a condition which fluid collects in the lungs’ air sacs, depriving organs of oxygen.

“The major focus of my research is to study the role of Phosphodiesterases in regulating cAMP signal specificity and thus maintain the endothelial permeability,” Annamdevula said. “Acute Respiratory Distress Syndrome is one of the leading causes of death in the United States. A key characteristic of ARDS is disruption of the endothelial barrier of the blood vessel leading to pulmonary edema.”

The merger of the engineering school is paramount to Annamdevula’s research—she’s using a five-dimensional imaging process to map x, y and z spatial components. It’s half biological science, and half engineering, at its core, the school said.