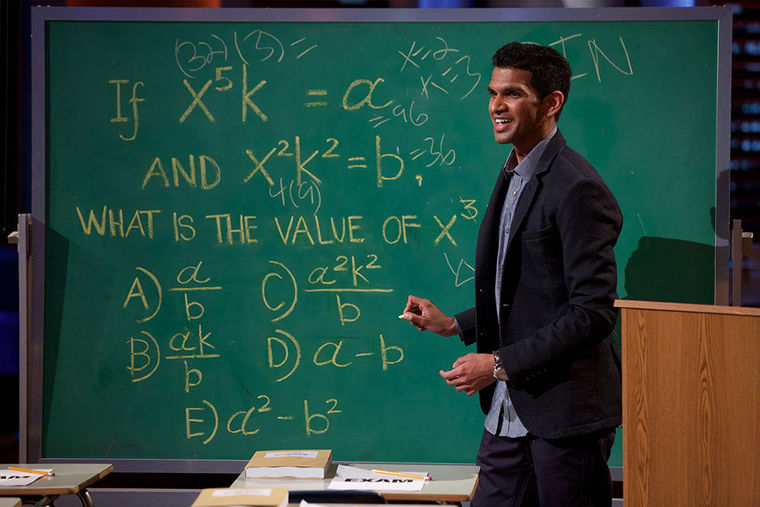 (Diya TV) — Indian American Shaan Patel, who once scored perfectly on his SAT exams, appeared on the Jan. 29 episode of the hit ABC show “Shark Tank,” where he aced the show’s panel of investors as well—Patel pitched his education start-up company, 2400 Expert, and departed with a new business partner in Mark Cuban.

Cuban became the lone “Shark” intrigued with Patel’s idea after Kevin O’Leary, Daymond John, Robert Herjavec and Lori Greiner bowed out of the running. After entertaining Patel’s pitch for a $250,000 investment in exchange for 10 percent of the company, Cuban countered with a 20 percent stake of the same dollar amount—Patel runs the company himself, which now offers six-week SAT and ACT prep courses online and in-person, across 20 U.S. cities.

His hope is to see 2400 Expert expand into major markets, such as Boston, New York, and Washington D.C. In the four years of its existence, Patel told the Sharks that his company has generated $1.2 million in sales, adding that each year, the company’s sales have doubled. Even with the rapid growth, Kevin O’Leary expressed concern over how serious Patel’s passion for the company is—his aspirations to one day become a doctor led O’Leary to opine, “you can’t be a part-time entrepreneur.”

Fashion mogul Daymond John was the first Shark to withdraw, “I’m out,” John said, doubting the business’ ability to scale, soon thereafter, QVC queen Lori Greiner, and computer securities expert Robert Herjavec both passed. Both cited Patel’s “lack of direction,” for they thought he was undecided as well, between being an entrepreneur or a doctor.

Patel, a resident of Las Vegas, hadn’t always boasted the perfect score trophy he bears now. He scored average on his first attempt, but after more diligent studying, he was rewarded with the 2400 mark. Now, his company boasts thousands of clients whom have been accepted into Ivy League institutions, won millions of dollars in college scholarships, and have in turn, earned SAT scores of 2400. Despite his intellectual capacity, Patel said he was nervous, citing the fact that out of the 50,000 who apply to be a part of the show, approximately 100 are selected. And the Sharks are very savvy business minds.

“Not only was I going to pitch some of the most famous investors in the world, but I also knew that my pitch would likely air in front of millions of Americans,” Patel said. “When I was in the ‘Shark Tank,’ I noticed that the ‘Sharks’ are very, very smart. There is a reason they are so successful — it is not by accident.”

But Patel was happy with the outcome, and is excited about the idea of working alongside someone with the stature of Cuban—the Dallas Mavericks owner took his barebones businesses AudiotNet and Broadcast.com, and built them into empires. In the end, Broadcast.com was acquired by Yahoo! for $5.7 billion in stock.

A long road traveled for a 26-year-old who went from living in a motel, to a Shark Tank victory.

Salman Khan steals the show once again at CCL!