Four of the Indian-American’s best and brightest—including two women—have received nomination’s to the Democratic Party’s 2016 Convention Standing Committees, the group charged with formally announcing its candidate for President of the United States. 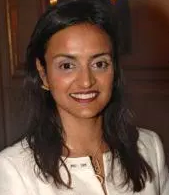 The four-day convention to determine the party’s nomination for president for the upcoming Nov. 8 election will be held in Philadelphia on July 25. Three candidates—Sen. Bernie Sanders of Vermont, former Secretary of State Hillary Clinton, and former Maryland governor Martin O’Malley—will wage battle for the nomination while primaries take place in New Hampshire, Iowa and South Carolina next month.

The highest honor has been reserved for Smita Shah, who serves as president and CEO of the Chicago-based Spaan Tech. Shah has been nominated to the position of vice chair of the Rules 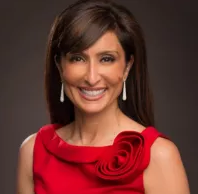 Committee. A former White House aide, she was the youngest delegate to ever come from Illinois in 1996, and has previously served on the DNC’s Rules Committee for the 2000 and 2004 elections. During the last general election of 2012, Shah became the first Indian American to serve as Democratic National Convention parliamentarian. 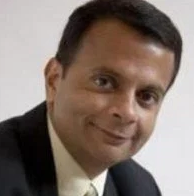 One of the highest fundraisers for president Barack Obama, and now presidential candidate Hillary Clinton, Shefali Razdan Duggal has also been nominated to the Rules Committee, to serve as a member. She previously served on the Credentials Committee for the 2012 convention, and currently serves the National Finance Committee for the Clinton campaign. Duggal has received the “HillBlazer” designation, a title reserved for those whom have raised at least $100,000 for Clinton’s presidential bid. Duggal is also the first and only Asian American on the National Board of Directors for Emily’s List, a PAC which helps elect pro-choice female Democratic candidates to office.

Renowned ophthalmologist and entrepreneur, Dr. Sreedhar Potarazu, founder of VitalSprings Technologies, has been nominated to fill Duggal’s vacated seat on the Credentials Committee.

Saif Khan, who has received a nomination to the Rules Committee, could have the most interesting background and story of the bunch—a graduate of The George Washington School of law, and current Washington D.C. resident, Khan served in Operation Iraqi Freedom as a Combat Engineer beginning in 2004. He is currently studying for the bar exam, and said his combat desires now lie in ending the notorious backlogs in veterans’ benefits, with more caseworkers to manage appeals.

Khan commented that Clinton has “built the most diverse campaign in history. I look forward to helping her become the 45thpresident.” He is the founder of Khanections, which helps veterans returning from war to seek out prospective employment opportunities.

DNC policy allows the Chair to appoint 75 Party Leader and Elected Official Members to the three Convention Standing Committees for the Philadelphia event.