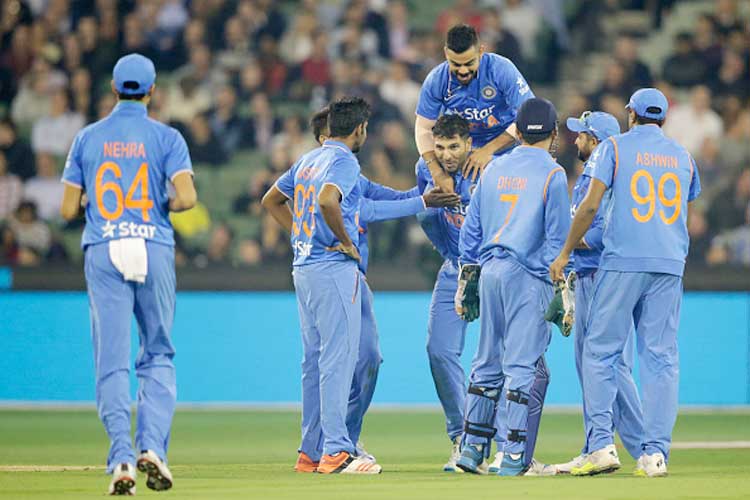 History has been made in Australia, India’s men’s and women’s cricket squads clinched series victories at the Melbourne Cricket Ground on Friday—the men’s team dominated from start to finish, with the ball and the bat, defeating Australia by 27 runs in the second Twenty20 International and take an unassailable 2-0 lead in the ongoing three-match series. 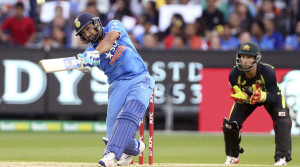 Rohit Sharma blasted 60 runs to set the platform for a big total for India. Reuters

India’s first series victory of any kind in Australia since the summer of Monkeygate is proving an unmitigated disaster for the Aussie’s, who know face a true uncertainty over their captaincy. Aaron Finch, the Twenty20 International match record-holder for highest innings (156), botched his hamstring during the match, and relinquished under the pressure for the second time in as many matches.

India rode on half-centuries Rohit Sharma and Virat Kohli to post 184/3 in their 20 overs after being asked to bat first. Despite Finch 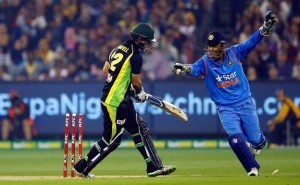 India emerged on top Down Under on Friday as the women’s and men’s cricket team won T20 series against the Aussies adn tennis star Sania Mirza won the women’s doubles crown with Martina Hingis at the Australian Open. Getty Images

storming out of the gate initially for Australia, they were unable to answer overall, managing 157/8. Rohit continued to lead the charge for India, scoring 60 runs off 47 balls with five boundaries and a six. He added 97 runs for the opening partnership along with Shikhar Dhawan.

Kohli posted a Man of the Match performance by belting 59 runs in his 33-ball innings which included seven boundaries and a six. Before the match began, Kohli has cemented his status as the series’ most successful batsman.

It wasn’t just scoring which spurred India’s revival—Dhoni’s smart bowling shuffles were beginning to work and one such move triggered India’s best moment on the field. In the 12th over, with Finch and Glen Maxwell in for Australia, Dhoni brought on Yuvraj Singh the “pie-chucker”. With rain falling on the pitch, Yuvraj proved to be the perfect bowler for that track.

For the women’s team, it was their first registered series win against the host of any kind. They thrashed Australia by 10 wickets in the second of three-T20 series. During the first match, played in Adelaide on Jan. 26, they beat the Aussie’s by five wickets—the third T20 will be played in Sydney on Jan. 31.